Marcelo Garcia is a long time Brazilian resident of Switzerland who has a distinguished career of more than twenty years in the Technology, Media and Telecommunications (TMT) industry – from being a member of the core team which helped build one of the largest TV studios in the world back in 1995 to participating in several pioneering Digital TV and Broadband deployments worldwide ever since.

Marcelo’s family has been closely involved in the TMT sector for almost a century – starting with his grandfather, who was a Wireless Telegraphist with the Brazilian Navy in the 1920’s, built the first news radio station in the country in the 1930’s and remained its Technical Director until his retirement. That tradition continued with Marcelo’s father, who was an Analogue TV pioneer and owner of a broadcasting equipment company in Rio de Janeiro in the 1970’s.

Leveraging that strong TMT base he began focusing on the Technological Transformation of Cities, associated with the United Nations as a Smart Cities Expert of the UNECE International PPP Centre of Excellence – established in partnership with the IESE Business School of Barcelona:

Marcelo’s latest and by far most ambitious endeavour is an homage to this family TMT tradition: via BroadLights he wants to leverage his professional background and extensive global network to bring affordable WiFi access to the “Lost Billion” – the group of vulnerable communities worldwide who are technically literate and either have a smartphone or access to one, but who are unable to afford data plans to maximise their human potential online. This group is mainly comprised of individuals living in poorly connected communities such as native tribes, refugee camps and in many of the 91 member countries of the OHRLLS UN agency – which encompasses the Least Developed, Landlocked Developing and Small Island Developing Nations.

Having visited 125 countries so far and lived in ten of those, Marcelo was fortunate to learn nine languages along the way with varying degrees of fluency and consequently being in a position to connect at a deeper level with their native speakers through a better understanding of their unique cultural heritage.

Marcelo is a frequent public speaker and moderator on topics related to Blockchain, Smart Cities and the use of technology for development and humanitarian purposes. He is always delighted to connect with like-minded souls in person or remotely via his LinkedIn profile.

Marcelo is also the co-founder of CryptoExplorers.org, an expert level roundtable series covering Blockchain and similar decentralised technologies in events taking place around the world. 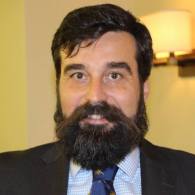 BroadLights is at the moment mostly self funded, but to reach our goal of establishing a Swiss non-profit foundation structure and hire more staff we rely on the support from members of the philanthropic community concerned about Digital Divide issues.

Donations to support our work are much appreciated and can be made to PayPal (m@broadlights.org) or to the account below: